Deltastock MetaTrader 5 Mobile is the mobile application of the MetaTrader 5 trading platform. It is available for Android and iOS devices and provides you with convenient access to the global markets from your smartphone or tablet.

With MetaTrader 5 you can trade in over 800 CFDs on various assets from your mobile device, no matter where you are. 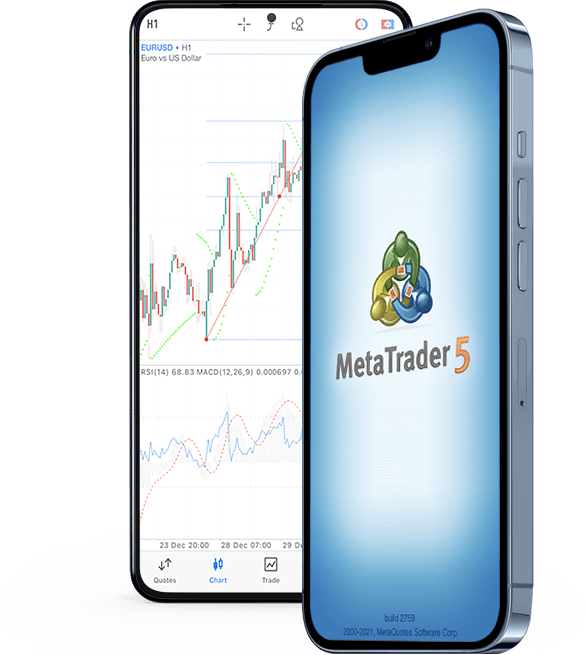 Why should I install Deltastock MetaTrader 5 Mobile? 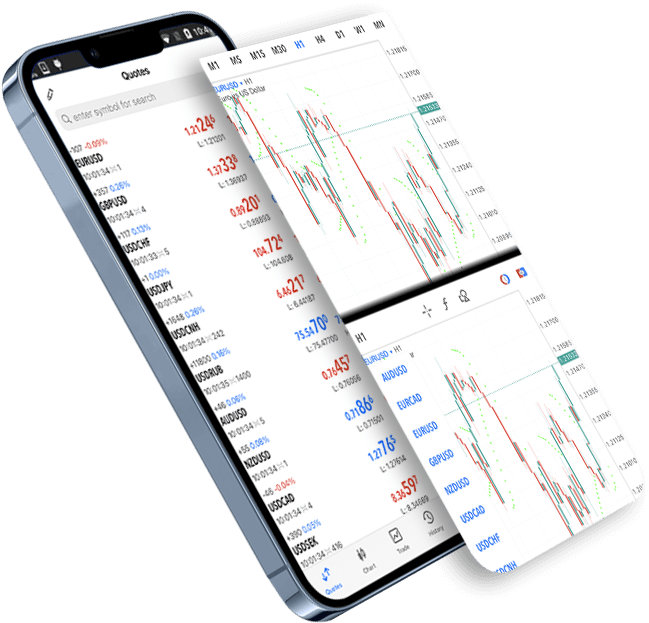 *The financial news section will be available at a later date.

Trade on the go

With the mobile version of Deltastock MetaTrader 5 you can trade on your mobile device, regardless of your location. The application supports all types of orders available in the desktop and web versions of MT5, as well as trading from the charts and quotes. MetaTrader 5 also offers the two trading modes: hedging and netting.

With the hedging method you can have several open positions in one instrument (symbol), including opposite positions. If you have an open position in a certain instrument and execute a new trade (or a pending order is executed), a new position is opened. At the same time, the existing position does not change. 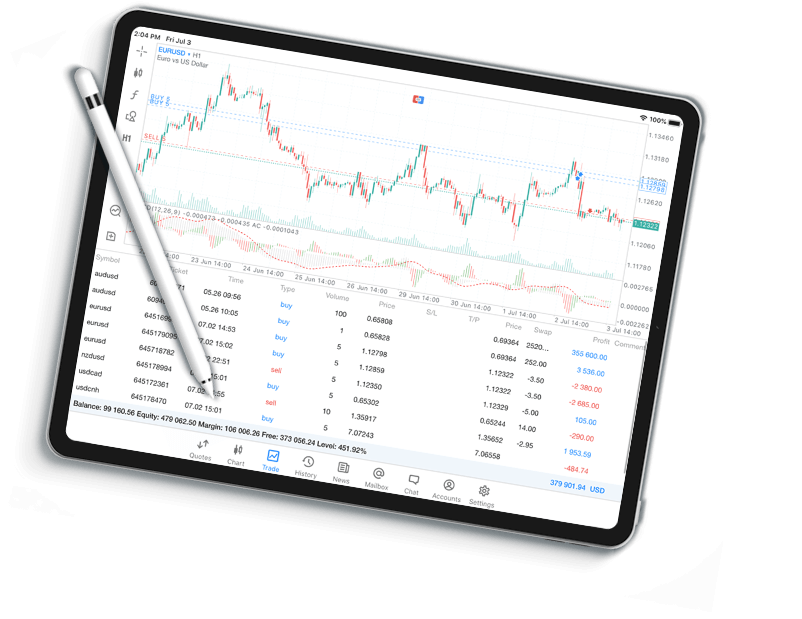 Analyse on the go 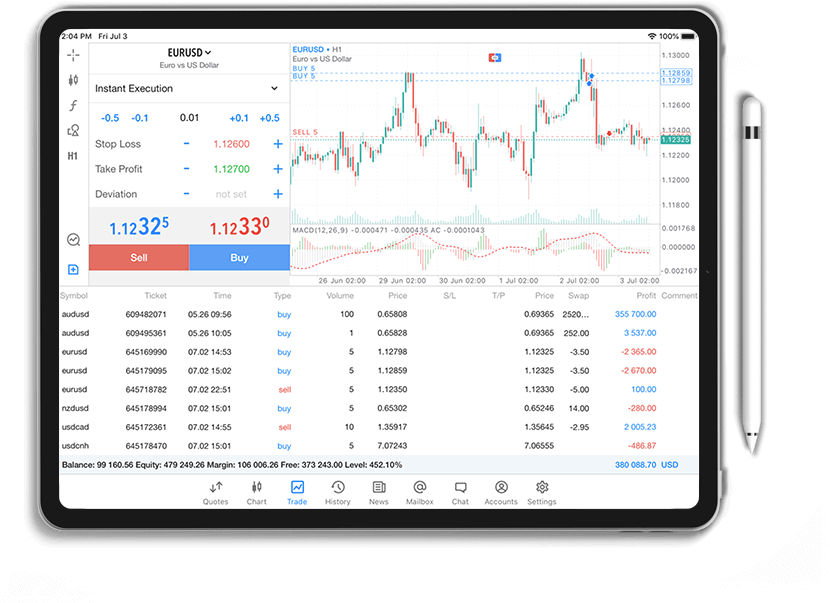 Despite being just a smartphone and tablet app, MT5 mobile offers multiple possibilities for professional technical and fundamental analysis. In it you can view quotes, charts, market stats and financial news. The mobile platform offers 30 of the most popular indicators, 24 graphical objects, 3 types of charts and 9 timeframes.

The interactive charts can be visualised as bar charts, Japanese candles and broken lines (line charts) and can be zoomed in and out, while the timeframes vary from one minute to one month. Among the included indicators are those for trends and volumes, oscillators and Bill Williams indicators.

The graphical objects include lines, channels, geometrical shapes, Gann, Fibonacci and Elliott instruments, which can be applied to the charts and combined with other instruments.

Deltastock MetaTrader 5 for laptops and desktops

Wish to trade through all your devices? Discover the full capabilities of the platform by downloading and installing the desktop version.

Don’t want to install additional software on your device? 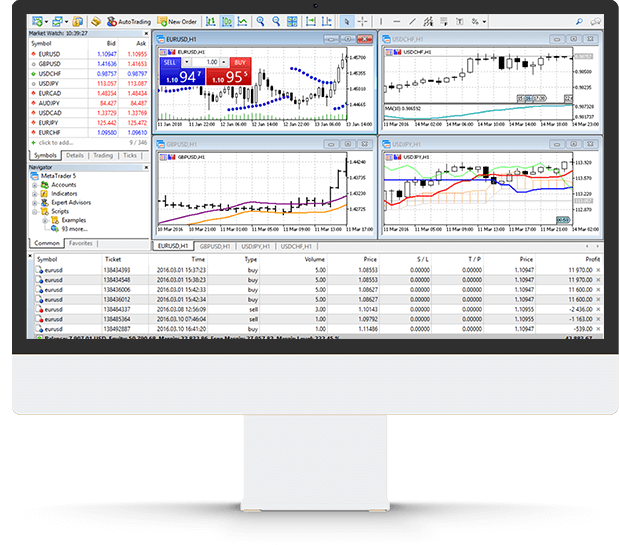 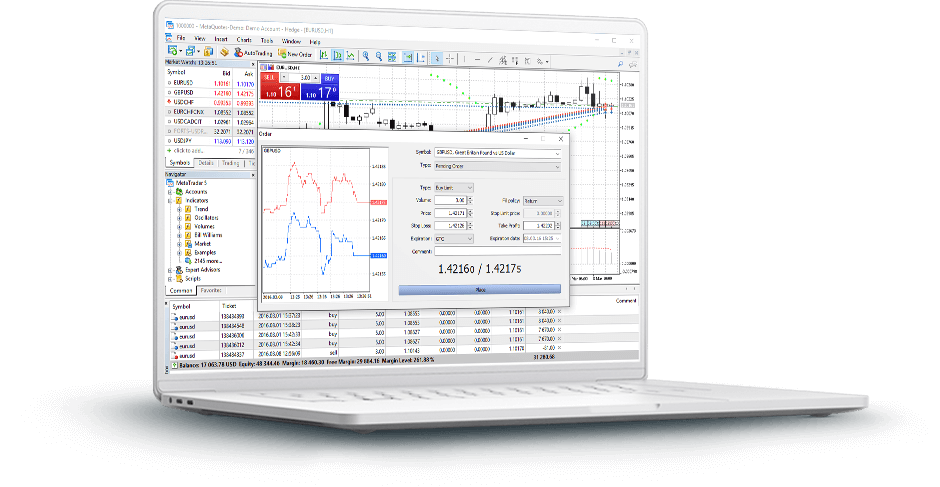 TRADE THROUGH THE BROWSER

Do you need more information or help?